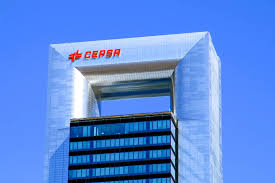 The Spanish Oil Company, better known as CEPSA, is working on several fronts to promote its decarbonization roadmap within the framework of its operations.

Biofuels, electromobility massification and hydrogen technology are part of the innovation pursued by the company to be more environmentally friendly.

In the midst of these sustainable policies, the Iberian organization informed that it plans to invest 400 million euros in this decade in the Canary Islands to equip all its service stations with ultra-fast chargers for electric vehicles and to lead the energy transition.

Through a statement, they specified that in the next twelve months it will install 100 ultra-fast 150 kilowatt (Kw) chargers in more than half of its establishments in the Canary Islands, with the aim of extending them in 2024 to its entire network in the archipelago.

CEPSA wants to contribute on all fronts, which is why it will allocate a large amount of resources to sustainable aviation fuels (SAF) and help decarbonize maritime operations.

They announced that in order to continue to secure energy supply and facilitate the energy transition of the islands, the company will build a strategic and digitized logistics infrastructure in the port of Granadilla (Tenerife), which will allow energy transit and distribution of all types of fuels, including biofuels.

CEPSA revealed that it has a concession in that port where it will install this new terminal, which will be operational in 2025 and will have a capacity of 121,500 m3, of which more than half will be used for the storage of aviation fuels.