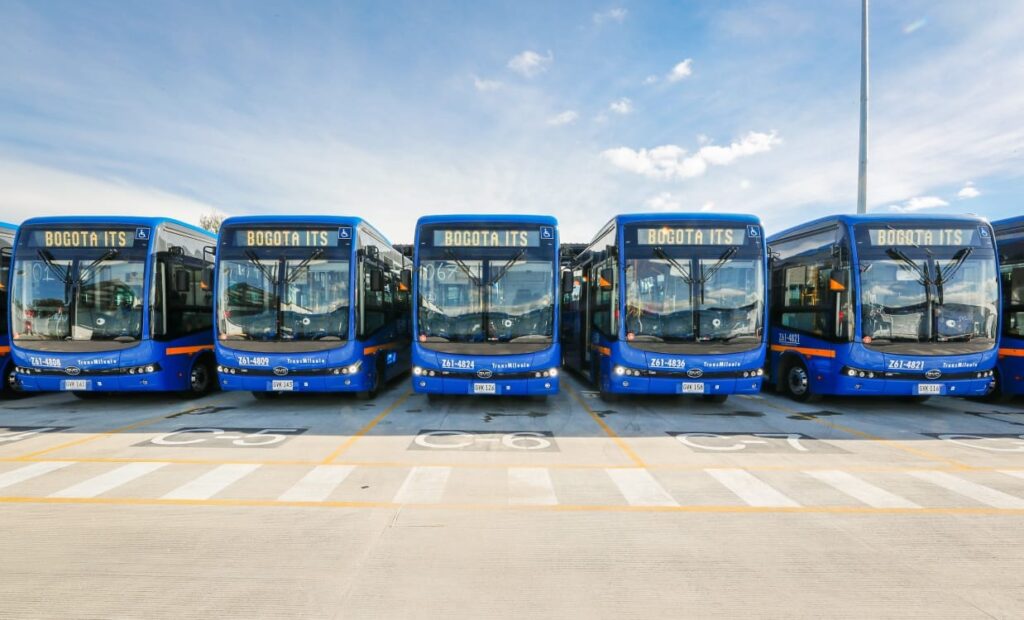 With an ambitious investment of 60 million dollars, the Swiss company VIP Green Mobility (VGM) delivered 195 electric buses to the public transportation system of Bogota, one of the leading cities in the region in terms of electromobility.

At the end of 2021, the company also made significant investments to take control of all outstanding shares of the firm VG Mobility Fontibón, which were owned by Celsia Colombia and thus execute the contract for the provision of a fleet of electric vehicles, which additionally serves areas of the Integrated Public Transport System (SITP).

The buses will join the fleet of 406 units that have been introduced since last year: 120 in Fontibón; 91 in Suba; and now 195 in Ciudad Bolívar.

According to estimates published by VG Mobility in a press release, these vehicles travel 43,000 kilometers per day, benefiting 145,000 people with new routes, clean commutes and reduced waiting time. In addition to Colombia, VGM is developing projects and strategies in Peru, Chile, Ecuador, Brazil and United States.

The CEO of VGMobility Colombia, Andrés Jaramillo, said that improving the Integrated Public Transport System, in terms of environmental care, is equivalent to saving 30,000 tons of CO2 per year, which would be like planting an average of 180,000 trees.

For their part, Bogotá authorities project that with the entry into operation of the 406 electric buses, 6.5 tons of particulate matter and 17,000 tons of CO2 per year will no longer be emitted.

Once the entire fleet of 1,485 electric buses is operating, the reduction will be 94,300 tons of CO2 per year, which would be equivalent to taking 42,000 private cars out of circulation in Bogotá.

In addition to the buses, VG Mobility also opened the doors of a workshop in the Perdomo neighborhood, in the south of the city. It is a 33,000 square meter space for the maintenance of motor vehicles and includes infrastructure with rainwater recycling for maintenance and washing, with a capacity for 183 vehicles at the same time.